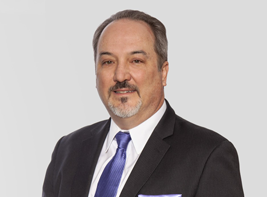 WASHINGTON U. v. WARF – An Implied Covenant Wins the Day

In a November 26, 2018 order, the U.S. District Court for the District of Delaware ordered the Wisconsin Alumni Research Fund (WARF) to pay The Washington University – St. Louis (Wash. U.) $31.6 million for breach of contract (The Washington University v. Wisconsin Alumni Research Foundation, Civ. No. 13-2091-JFB). The case originated when Wash. U. filed suit against WARF for breach of contract, breach of fiduciary duty, breach of the implied covenant of good faith and fair dealing, and equitable accounting, relating to a 1995 agreement between the parties entitled “Inter-Institutional Agreement for Prevention of Hyperphosphatemia in Kidney Disorder Patients” (the “IIA”), and particularly relating to the drug paracalcitol. The IIA covered certain patent rights for US Patent 5,597,815, jointly owned by Wash. U. and WARF. In the IIA, Wash. U. granted to WARF “the exclusive right to negotiate, execute, administer, and enforce License Agreement(s), and WARF shall have sole discretion to make decisions with respect thereto.” The IIA further stated that “WARF shall have the authority to assign relative values to Patent Rights and/or Property Rights, and other patent and/or other proprietary rights as are included in any such license”. In the late 1990’s, WARF ultimately licensed the ‘815 patent as part of a group of patents to Abbott. In the license to Abbott, WARF included a number of its own patents, and allocated 70% of the value to certain “compound” patents not related to the IIA. The remaining 30% of the value was allocated by WARF to 31 other patents, which included the ‘815 patent, and were labeled as “Ancillary patents”. As a result of the Abbott license and later enforcement actions against infringers which included enforcement of the ‘815 patent, WARF received over $300 million, paying approximately $1 million to Wash. U. based upon the relative value allocation in the IIA.

Wash. U. sued WARF on the day after Christmas, 2013. After a nearly 5 year court battle, the court found that WARF had indeed breached the contract, due to failing to adhere to the implied covenant of good faith and fair dealing, and awarded Wash. U. $31.6 million in damages (the court’s decision is currently sealed, so this statement is based on assumptions from reading the public court record; the court order merely states that WARF breached the contract). The legal battle appears to have centered on a Wisconsin statute imposing the implied covenant of good faith and fair dealing between parties to a contract under Wisconsin law. Ultimately, aside from this implied covenant, based on the facts presented in the court papers, WARF appears to have followed the letter of the contract. WARF had exclusive rights to handle licensing, and sole discretion to make decisions related to such licensing. Further, WARF was granted the authority to set relative values to the patents and other IP rights in such licenses, in determining how the proceeds from the license would be split with Wash. U. WARF did so and even appears to have informed Wash. U. of the relative value assignment.

Wash. U. ultimately had to litigate for 5 years, starting the litigation 18 years after the IIA was executed, in order to gain the benefit of their agreement with WARF. This raises the question: what could Wash. U. have been done differently back in 1995 to have avoided this issue? In my opinion, Wash. U. should have never turned complete control of licensing and value assignment over to WARF. In doing so, Wash. U. gave WARF complete control over the value proposition of the IIA, with no input required or permitted from Wash. U. In such situations, the party granting such rights should at least require that they be consulted and have the ability to negotiate such relative values of the patents included in the agreement. Additionally, the language of the agreement should be very explicit and not leave major issues having a significant effect on the value proposition of the agreement up to interpretation. Another option for Wash. U. (and any party entering into such an agreement in the future) might have been to negotiate a floor value or percentage for any patent being included in such an inter-institutional agreement, which would avoid having the receiving or controlling party essentially swamp the received patent with their own patents to minimize its value in a future license to a third party.

Lastly, it is important to remember that when negotiating and drafting an agreement, there is a distinct likelihood that, as may have been the case between Wash. U. v. WARF, any enforcement of that agreement may occur years later when no one involved in the original negotiation and drafting are still employed or involved with the parties. In the Wash. U. v. WARF case, the original agreement was executed in 1995, with the breach of contract suit being filed at the end of 2013, over 18 years later! This means that the language used in the agreement needs to be very explicit, avoiding as many interpretation issues as possible. Ultimately, in the present case, Wash. U. may have been fortunate to be able to rely on the implied covenant of good faith and fair dealing to win the day, since WARF’s actions appeared to fall within the “four corners” of the IIA, absent that implied covenant. It remains to be seen whether WARF will appeal.