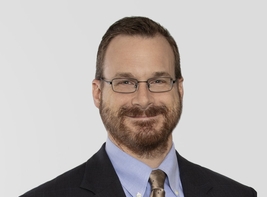 The latest in the line of changes to the application and calculation of PTA was handed down by the Federal Circuit on January 23, 2019, in its decision in Supernus Pharmaceuticals, Inc. v. Iancu (Fed. Cir. 2019). The question posed to the Court in Supernus was “whether the USPTO may reduce PTA by a period that exceeds the ‘time during which the applicant failed to engage in reasonable efforts to conclude prosecution.’”

In Supernus, an IDS was filed after an RCE without the applicable safe harbor statement, which would constitute “delay” under 37 C.F.R. §1.704(c)(8) (i.e., supplemental reply). The IDS was filed 646 days after the RCE and, applying the provisions of 37 C.F.R. §1.704(c)(8), the USPTO reduced the final PTA by this number of days. However, the event triggering the obligation to disclose material information (i.e., EP opposition filing) occurred only 100 days prior to the actual filing of the IDS. In other words, Supernus could not have failed to engage in reasonable efforts to conclude prosecution during the 546-day period from RCE filing to the date the EP opposition was filed as there were no efforts in which the applicant could have engaged to conclude prosecution of the patent during this time.

The U.S. District Court for the Eastern District of Virginia sided with the USPTO in Supernus applying Gilead Sciences, Inc. v. Lee, 778 F.3d 1341 (Fed. Cir. 2015). In Gilead, the Court confronted the question of whether a ‘failure to engage in reasonable efforts’ requires conduct that actually causes delay. The Court found that the failure to engage in reasonable efforts includes conduct or behavior that results in actual delay, as well as those that have the potential to result in delay irrespective of whether such delay actually occurred. See id. at 1349-1350.

However, the Federal Circuit overturned the EDVA’s decision and specifically distinguished Supernus from Gilead because Gilead involved different facts and a different legal question. In Supernus, the Court specifically held “On the basis of the plain language of the statute, we hold that the USPTO may not count as applicant delay a period of time during which there was no action that the applicant could take to conclude prosecution of the patent.” Slip op. at 14.  In other words, since the EP opposition which was filed 546 days after the filing of the RCE is the event that necessitated the filing of the IDS by triggering a duty to disclose, it would not be possible for Supernus to have taken any action relevant to this event to conclude prosecution of the patent before that event actually occurred. As such, the USPTO improperly reduced Supernus’ PTA for this 546-day period.

Although Supernus focused on an IDS that was filed after an RCE, this decision should apply equally to all “supplemental replies” falling under 37 C.F.R. §1.704(c)(8) regardless of whether the prior “response” was an RCE, a response to an Office action, or a response to a restriction requirement. Thus, for any patent that is still within the time-period for requesting reconsideration of the final PTA, patentees should carefully review the PTA calculation to see if Supernus applies.