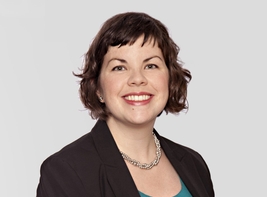 In early October, Moderna earned praise by announcing that it will not enforce patent rights related to its mRNA coronavirus vaccine during the pandemic. Other companies, notably Pfizer/BioNTech (also pursuing an mRNA-based vaccine), have not made the same promise. In order to rapidly meet global demand, there is a push for Pfizer and BioNTech to share their vaccine with the world, including a proposal by South Africa and India to have the World Trade Organization suspend patents covering their vaccine. But is this drastic measure actually necessary?

Copyrights and patents grant property rights to creators and inventors in order to spur further innovation through the dual approach of increasing the amount of material in the public domain and rewarding inventors and creators for their efforts. Generally, biotech and pharmaceutical companies devote vast amounts of money (often billions of dollars) to developing products, with the expectation of recouping the investments through the exclusivity provided by IP protection.

While fears that COVID-19 vaccines and treatments may not be distributed equitably are legitimate, suspending patent protections will not be effective to ensure fair distribution.

First, it is unclear whether pledges like Moderna’s will have any effect other than generate great optics and drive licensing deals. Moderna left itself clear room to enforce its patents after the pandemic, a very fuzzy timeline that could be used to create pressure on potential licensees afraid of future litigation.

In more active steps taken to assuage distribution equitability concerns, some companies, including Astra-Zeneca, Johnson & Johnson, and GSK, have announced that they will offer their vaccines on a not-for-profit basis. Other companies are exploring differential pricing for different companies. And, some of those same companies have already entered agreements to produce at least 3 billion vaccine doses for low- and middle-income countries through contract manufacturers. Selling drugs at cost (or near cost) is only possible because of the protections afforded by patents.

Further, the current pandemic has led to a veritable boom in research and development of vaccines and treatments, illustrating how the patent system works to boost innovation. According to the World Health Organization, there are more than 200 COVID-19 vaccine projects underway around the world. A quarter of those are in clinical trials, and several have already been approved for emergency or limited use. In other words, this is—or soon will be—a competitive marketplace where companies will fight to manufacture vaccines quickly and keep prices low in order to earn contracts.

And, while Pfizer/BioNTech was the winner in the short term (at least in the United States), they are likely to be quickly out-paced by other companies. Specifically, the Pfizer/BioNTech vaccine has ultra-cold storage requirements that are expensive to comply with, while other companies (including Moderna) are close to approval with vaccines that are easier to manufacture, store, and distribute.

Taking away Pfizer/BioNTech’s patent protection will do nothing to expand access to vaccines or increase manufacturing and distribution worldwide. These needs will be met by other companies, whose contributions should also remain protected by their intellectual property rights.