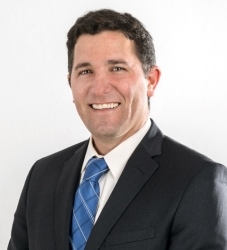 On October 19, 2022, the Patent Trial and Appeal Board (PTAB) overturned the obviousness rejection of a claim to an aqueous dispersion. Claim 1 of the application in question, USSN 16/083,182 (the 182 Application), recited

wherein the distributed phase comprises dispersed particles that are solid at room temperature.

The 182 Application was filed with four claims. The sole independent claim recited the above features, except for the final clause, and was first rejected as obvious over the combination of Zaks and a different secondary reference. In response, the applicant added the final clause to claim 1 and argued that the art failed to describe or make obvious (1) solid particles dispersed in a continuous aqueous medium; (2) changing Zaks’s “oil-continuous emulsion having two liquid phases (liquid oil and water phases)” to “an aqueous dispersion having one solid phase and one liquid phase,” with water being the continuous phase as claimed; and (3) changing Zaks’s water-soluble aqueous gelling agents to being water-insoluble ethyl cellulose as claimed.

The examiner then finally rejected the claim over the combination of Zaks and Rogers, relying on Rogers for a dispersant being a fatty acid and for the use of ethylcellulose. The examiner relied merely upon Zaks’s overlapping ranges of the oil and water phases (“the emulsions generally contain from about 30 to 80% by weight of the oil phase, and about 20 to 70% by weight of the aqueous phase”) to argue that the specific continuous and distributed phases claimed would have been obvious, although Zaks described a continuous oil phase. The final rejection did not elaborate on a technical rationale for modifying this feature in Zaks, and merely relied upon the fact that the art taught mixing the oil and water phases.

[t]he invention relates to an oil or fat which contains a polymeric, fat-soluble material and its use for the modification of the physical properties of fats.  The polymeric material which can be used in the present invention includes oil soluble polymers, such as alkyd-type polyesters, polymers based on hydroxyacids and natural polymers, such as cutin.  …

The polymer also helps to stabilize and solidify emulsions. In this embodiment, the polymer is incorporated into an oil-in-water or water-in-oil emulsion, forming a material having the physical and structural characteristics of saturated fat but which contains no saturated fat.

Zaks describes at the outset of its “Detailed Description of the Invention” section on p. 4, ¶ 3, that “[p]olymers useful in the present invention are oil-soluble polymers …, such as cutin, polymers based on hydroxy acids and polymers prepared by the condensation of polyhydric alcohols and polybasic acids… polymers generally known as ‘alkyd’ polymers.” Zaks describes on p. 6, ¶ 3, that the “alkyd resins can be terminated using monohydric alcohols (e.g., diglycerides) or monobasic acids (e.g., fatty acids),” and that “[t]he choice of the terminal groups will depend in part on the properties of the polymer. For example, long-chain fatty acids are used where increased oil solubility is desired.” For the dispersions in which the oil content range relied upon by the examiner for the overlapping ranges, Zaks describes on p. 10, ¶ 3, that “either the water-in-oil or oil-in-water type can be made.”  However, Zaks describes (emphasis added) that the alkyd polymers are oil-soluble, while the “standard aqueous gelling agent” described on p. 10, ¶ 4, is, “for example, gelatin, xanthan gum, gum arabic, guar gum, pectin, algin, carrageenen and cellulose derivatives.”

Thus, the PTAB affirmed that a mere overlap in possible features in the prior art do not necessarily render obvious a claim reciting specific components and phase phenomena, which are not necessarily present based upon the overlapping concentration ranges. MPEP § 2144.05 (https://www.uspto.gov/web/offices/pac/mpep/s2144.html) may be familiar to some applicants regarding overlapping ranges, as well as the liberal use / combination of generic disclosure by the USPTO examining corps. The application of this MPEP section is often accompanied by reference to In re Wertheim, 541 F.2d 257 (CCPA 1976)[1] and, for close, but non-overlapping ranges, Titanium Metals Corp. of America v. Banner, 778 F.2d 775 (Fed. Cir. 1985)[2].

As in the case of the 182 Application, an examiner must establish a reason to modify the underlying primary reference, if the claim has more than a simple overlap of percentages with the prior art. For the 182 Application, at least the location and function of the specific (but overlapped) ethylcellulose polymer – water insoluble and in the dispersed phase – appears to have played a role in the PTAB’s decision to reverse the examining corps. Moreover, one should keep in mind that for non-overlapping, but close ranges, the examiner needs to establish that “one skilled in the art would have expected [the prior art and claimed material] to have the same properties,” as indicated in Titanium Metals, 778 F.2d at 783. Finally, applicants should keep in mind that the PTAB may take a less restrictive view of non-obviousness in claims than the examining corps, including USPTO Art Unit heads, given the increasingly permissive obviousness reconstructions made by USPTO examiners and supported by (often instilled by) present day USPTO Supervisory Patent Examiners (SPEs).