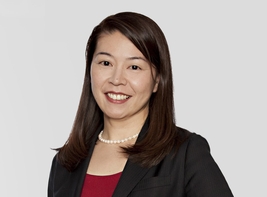 The USPTO argues that a petitioner who has received a favorable final written decision in an IPR is estopped from reusing the same winning argument in a district court. If the Federal Circuit in BTG International Ltd. v. Amneal Pharmaceuticals LLC, agrees with the PTO, an ANDA sponsor would not take the risk of “winning” at the PTAB and would rather present the best argument in a district court.

The PTO’s amicus brief provides the interpretation that the estoppel provision, 35 U.S.C. § 315(e)(2), applies to “any invalidity ground that was or reasonably could have been raised during the inter partes review, regardless of the actual outcome of that decision.”

(2) Civil actions and other proceedings.—The petitioner in an inter partes review of a claim in a patent under this chapter that results in a final written decision under section 318(a), or the real party in interest or privy of the petitioner, may not assert either in a civil action arising in whole or in part under section 1338 of title 28 or in a proceeding before the International Trade Commission under section 337 of the Tariff Act of 1930 that the claim is invalid on any ground that the petitioner raised or reasonably could have raised during that inter partes review.

According to the PTO, “§ 315(e)(2) does not distinguish between successful and unsuccessful petitioners,” and the estoppel attaches once the final written decision is issued, even when a rehearing request is pending. The reason is because “Congress could have, but did not, use clear language to provide that the § 315(e)(2) bar applies only after final agency action, including resolution of any rehearing requests.” The PTO contrasted § 315(e)(2) with the estoppel provision for an inter partes reexamination in pre-AIA § 315(c) which provided that “[a] third party requester … is estopped from asserting … the invalidity of any claim finally determined to be valid and patentable.”

This case involves Janssen’s Patent No. 8,822,438, directed to prostate cancer drug Zytiga®. Janssen received the IPR final written decision in January 2018 and filed a motion for rehearing, which was denied in December 2018. While the motion was pending, Janssen filed a motion in limine in the corresponding district court case in an attempt to block the generics from presenting the same obviousness arguments at trial. The District Court of New Jersey denied the motion and disagreed that “Congress intended to require a party to stand mute in court because it previously prevailed on the same issue before the PTAB.” The Court noted that the PTAB’s final written decision was not final and did not trigger estoppel. Ultimately all claims were found invalid for obviousness.

Under Janssen’s and the PTO’s interpretation, § 315(e)(2) would work like a choice-of-forum provision, which would require an IPR petitioner to choose either PTAB or a district court. In contrast, the generics view § 315(e)(2) as a collateral-estoppel provision. In the brief filed February 19, 2019, Amneal et al. point out that § 315(e)(2) is expressly an estoppel provision and argue that no legislative history suggests Congressional intent to differ from the traditional collateral-estoppel principles. The generics also argue that Janssen is wrong in treating the PTAB’s final written decision as final for the purposes of estoppel and not final for the purposes of further consideration by the PTAB or the Federal Circuit.