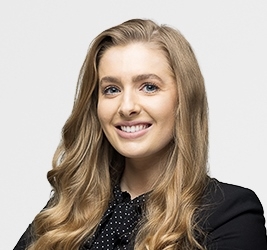 On Dec. 1, 2021, the Federal Circuit held that Moderna lacked standing in an appeal from a Patent Trial and Appeal Board (“PTAB”) decision against rival Arbutus where the PTAB determined U.S. Patent No. 9,364,435 (“the ’435 patent”) was not unpatentable as obvious.[1] The ’435 patent concerns vaccine delivery technology, particularly a lipid nanoparticle delivery system used to protect nucleic acids delivered to cells as utilized in vaccines including Moderna’s COVID-19 vaccine.

Arbutus challenged Moderna’s standing to sue, asserting that it had never initiated a patent infringement action against Moderna or otherwise accused Moderna of patent infringement, and therefore Moderna never established an injury in fact. Moderna argued that the risk of future infringement is not the only way an IPR petitioner can show an injury and instead relied on the argument that financial impacts based on licensing obligations can be another way to show injury for standing purposes. Moderna asserted that the rights granted to them through a sublicense to practice Arbutus’ patented technology in their development program created a sufficient injury. Specifically, Moderna asserted that the royalty and milestone obligations owed to the licensee, Acuitas Biotherapeutics (“Acuitas”), caused them harm by increasing their financial burden and further argued their financial obligations were impacted by the Board’s validity determinations concerning the ’435 patent.

Arbutus argued that the mere existence of a license is not sufficient to show standing as Moderna failed to identify any recent milestone payment or any other impending payment. Moderna supplemented the record with additional evidence, noting that the development program using the licensed patents had been terminated but argued that Moderna’s ongoing development of the COVID-19 vaccine created a significant risk of being sued for accused infringement based on the assertion that Arbutus made “aggressive public statements” and refused to grant Moderna a covenant not to sue.

At oral argument, Arbutus asserted that at the time of the filing of the appeal, Moderna’s basis for standing lacked immediacy and the licensing obligations Moderna relied upon to show standing were too speculative. Arbutus further argued that Moderna had not shown how its sublicense payment obligations would change if the '435 patent were to be invalidated. The Federal Circuit agreed with Arbutus that Moderna lacked standing at the time the appeal was filed, stating that the evidence of financial burdens from the validity of the patent was too speculative. The court noted that the last milestone payment made under the sublicense was five years earlier, and therefore Moderna failed to show a concrete injury. The court also pointed out that the ’435 patent was not the only patent licensed under the Acuitas sublicenses, and further, Moderna had not shown evidence as to how its obligations under the Acuitas sublicenses would change if it was successful in its attempts to have the '435 patent declared invalid while the remaining licensed patents continue to exist.

The court also highlighted Moderna’s failure to show continuity of jurisdiction. Their proffered basis for standing shifted during the pendency of the appeal, from first alleging financial burdens of the sublicenses to then arguing there was a risk of a potential infringement suit regarding the COVID-19 vaccine. The evidence presented failed to show an approximate date when the development program was terminated and therefore, whether Moderna was already sufficiently underway with its development of a COVID-19 vaccine to create a substantial risk of future infringement. Accordingly, the court dismissed Moderna’s appeal for lack of standing. This holding leaves Moderna’s COVID-19 vaccine vulnerable to potential patent infringement lawsuits going forward.