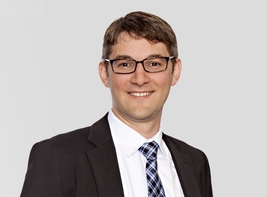 Although, as is noted above, the statute § 287(c) extensively defines the term medical activity, whether a patent owner can obtain a remedy for an infringement of a medical procedure patent has been the subject of several recent district level court opinions.

For example, courts have intimated that § 287(c) could bar liability on a medical practitioner from infringing a patent on diagnosing a medical condition of a patient in a satellite medical facility and providing treating instructions through video-conferencing, because the diagnosis was considered a medical procedure, where the requirement in the statute of “on a body” did not require physically touching the body (see Emtel, Inc. v. LipidLabs, Inc., 583 F. Supp. 2d 811, 821-22 (S.D. Tex. 2008). In addition, § 287(c) would likely bar remedy for an infringement of a patent directed to using virtual reality interactive system for treatment of psychological, psychiatric or medical conditions (See Lamson v. United States, 117 Fed. Cl. 755, 763 (Fed. Cl. 2014)).

The applicability of § 287(c) is further limited by § 287(c)(3). The provision states that the statute does not apply to the activities of persons engaged in “the commercial development, manufacture, sale, importation, or distribution” of a product or a provision of pharmacy or clinical laboratory services, if such activities are (A) directly related to the afore-mentioned commercial exploitation, and (B) regulated under the statutes specified in the subsection. This provision serves to prevent drug, device manufactures and non-physician laboratories from invoking the immunity under the statute. For example, a physician’s performance of a patented medical procedure on a television show fell in this exception and was not shielded from liability by § 287(c), because the show was “overwhelmingly directed to” product promotion, and the medical device used in the procedure was regulated by the Federal Food, Drug and Cosmetics Act (See Viveve, Inc. v. Thermigen, LLC, No. 2:16-CV-1189-JRG, 2017 U.S. Dist. LEXIS 60477, at *9-14 (E.D. Tex. Apr. 40, 2017)).

Most importantly, as an immunity, although § 287(c) prevents liability on medical practitioners, it does not preclude a finding of direct infringement by physicians performing the claimed method as a matter of law.  If the medical practitioners’ activities constitute an infringement under § 271(a), it may “supply the foundation for causes of action for indirect infringement” by suppliers or manufactures of medical device and drug, regardless of the practitioners’ immunity (See Johns Hopkins University v. Alcon Laboratories, Inc. (No. 15-525-SLR-SRF, 2018 U.S. Dist. LEXIS 70403, (D. Del. Mar. 1, 2018))).

To conclude, § 287(c) is narrowly tailored to immunize medical practitioners from liabilities resulted from medical activities that infringe “pure procedure” patents and that are not directed to commercial exploitation of drugs, devices or services. That being said, patent owners of such “pure procedure” paten ts may still have recourse against drug or medical device manufacturers who induce or contribute to the medical practitioners’ infringements. Thus, patents for “pure” medical or surgical procedures may still be useful even in light of § 287(c).