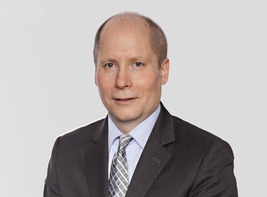 Can A Court Rewrite Claim Language During Claim Construction? If You Don't Ask For It, You'll Never Know (Pavo Solutions, Part I)

In Pavo Solutions v. Kingston Technology (June 2022), the Federal Circuit rewrote claim language in the asserted patent by changing the claim element "for pivoting" from case to cover. The claim element in question read as follows:

...at least one hinge hole receiving the hinge protuberance on the case for pivoting the [[case/cover]] with respect to the flash memory main body...

So instead of the claim requiring the case to pivot per its plain language, the Federal Circuit rewrote the claim to require the cover to pivot.

The Federal Circuit noted that “[j]udicial correction is not in any real sense, a re-making of the claim; but is merely giving to it the meaning which was intended by the applicant and understood by the examiner. [citation omitted],” and then analyzed the situation before it, concluding that other claim language was consistent with the cover pivoting, not the case, and that the prosecution history supported this outcome.

That’s a brief summary of the case. But here are a few tidbits for consideration.

1. What exactly are “obvious minor typographical and clerical errors in patents”? Interestingly, the Federal Circuit noted that it could alter the structure of the claimed product, if needed (“even if Kingston were right that the correction changes the structure described in the corrected claim, nothing in our case law precludes district courts from correcting obvious minor errors that alter the claimed structure. [Case citations and discussion omitted]. These cases confirm that judicial correction may result in structural alterations.”). Is changing structure really a minor typographical or clerical error? Is the focus really on how obvious the error is instead?

2. Is claim construction – a process in which intrinsic evidence (claim language, specification, file history) is supposed to be favored and extrinsic evidence (expert testimony) is supposed to be less reliable – simply another place for an all-out battle of the experts?  If, when determining whether to rewrite claim language, a court examines the claim “meaning which was intended by the applicant and understood by the examiner” and “the point of view of one skilled in the art,” then how much less-reliable extrinsic evidence is necesseary to determine such meaning, intent, understanding and point of view?

3. Where is the line between correcting obvious errors and preserving claim validity? The Federal Circuit “repeatedly and consistently has recognized that courts may not redraft claims, whether to make them operable or to sustain their validity.” Rembrandt Data Techs., LP v. AOL, LLC, 641 F.3d 1331, 1339 (Fed. Cir. 2011). But what if there is an obvious change to claim language which would make inoperable or indefinite claims suddently operable or definite? Couldn’t it be argued that the “intent” and “understanding” of the applicant/examiner was that the claim is valid, so corrections to claim language necessary to preserve validity should be made?

4. Does a patentee simply have to ask a Court to rewrite the claim? In Pavo Solutions, defendant Kingston argued that the Federal Circuit’s decision in Chef America, Inc. v. Lamb-Weston, Inc., 358 F.3d 1371, 1374 (Fed. Cir. 2004), precluded judicial correction of claim language. In Chef America, the claims were directed to a process for making dough products, requiring “heating the resulting batter-coated dough to a temperature in the range of about 400° F. to 850° F.” The patentee tried to interpret this language to require heating dough at a temperature in the range 400° F to 850° F “because it was undisputed that, if one performed the steps of the claim as written and heated the dough to 400° F or higher, the dough would be burned to a crisp.” However, the Federal Circuit did not agree with the patentee in Chef America, noting that the language was clear and unmistakable and that it “may not redraft claims, whether to make them operable or to sustain their validity.”

The Federal Circuit then attempted to distinguish Chef America by asserting that, in Pavo Solutions, “the claim as written facially did not make sense (i.e., the case pivoting with respect to a component of which it forms a part) rather than describe a realistic but perhaps undesirable result, i.e., cooking dough to 400° F and burning it.” But is burning dough “to a crisp” actually a realistic outcome which makes sense, particularly from the point of view of one skilled in the art?

The Federal Circuit also asserted that “the specification of the ’544 patent confirms the error in the claims by exclusively describing a flash memory device with a pivoting cover, whereas in Chef America, nothing in the specification or the prosecution history suggested that the patentee meant for the dough to be cooked “at” 400° F rather than “to” 400° F. But what about what the patentee “intended” and “understood” to be covered by the claim?  What about the point of view of one skilled in the art?

Finally, the Federal Circuit noted that, in Chef America, “patentees made no attempt to have . . . an error corrected . . . by action of the district court.” The patentee in Pavano Solutions asked the court to rewrite claim language; the patentee in Chef America did not. So is this what it all boils down to? During claim construction, rather than ask a district court to interpret existing claim language (for example, interpret “to” to mean “at”), simply ask the court to rewrite the claim (for example, replace “to” with “at”)?

There is a lot to chew on here. I’ll follow up with further thoughts shortly, including the issue of a court’s rewriting disclosure in a patent.